Left unattended, order decays by itself (states the 2nd Law of Thermodynamics). On the other hand, in nature and organisations, life reverses that decay, creates “order from noise”, and “surfs on the edge of chaos”. The “Cynefin” framework, which Chris Corrigan introduces in this webinar, adds three more options or “domains”, beyond order and chaos, to its map of the world.

Chris Corrigan is a seasoned expert in participative facilitation who freely shares lots of useful resources, has black belts in Taekwondo, and is very engaged with Aboriginal Organisations, First Nations and Tribal Councils in Canada.

“Cynefin” (kuh-nèvv-in) is a Welsh word meaning “habitat “, with its roots in ecology, life conditions, surroundings, context – “places or habitats of multiple belonging.” As a habitat, it is close to “systemic” concepts with their sensitivity to contexts.

David Snowden, then an IBM knowledge manager, created Cynefin in 1999. Cynthia Kurtz first described it in a paper in 2002, and people widely acknowledged it after an award-winning HBR title paper by Snowden and Mary Boone in 2007. Since then, the framework’s number and names of domains have continued to evolve. So have its applications: from “sense-making” (inspired by Karl Weick’s 1995 book “Sensemaking in Organizations”) to support for “decision-making” and other managerial challenges. See Dave Snowden’s blog for the latest updates.

At its core, it currently consists of five domains. Four are arranged in two pairs around one central domain called “confused” (formerly “disorder” and called “Confusion” in our diagram); “confused” simply indicates that it is a place for aspects that have emerged, but those completing the framework have yet to allocate them to any of the other four.

Of those four, two are in the “ordered” half and two in the “unordered”. “Ordered” means that challenges there are largely knowable and predictable, and problems are solvable, whereas “unordered” means that situations are unknowable and unpredictable. This “unorder” makes it a challenge to categorise, understand and make decisions in those domains.

The difference between the two “ordered” domains, “Clear” (formerly “simple”, then “obvious”) versus “Complicated” is the degree of expertise people require to act appropriately. In ‘Clear’, people can handle challenges with everyday knowledge (“sense – categorise – respond). “Complicated” challenges require expert analysis (sense – analyse – respond). In the “complex” domain, traditional expertise doesn’t help as linear cause-and-effect logic doesn’t apply. Instead, you have to establish clear boundaries, introduce some “probes” (similar to “attractors” in complexity science) and then modulate emergent patterns of behaviour around those centres (probe – sense – respond).

This tactic is already very close to the fundamental idea of SF (solution focus). Namely, that change (within the boundaries of an implicit human system) happens all the time, and you have to find useful change and amplify it. At the same time, you should dampen unwanted developments by letting go of behaviour that doesn’t work and doing something else instead. So Cynefin’s “complex” domain might be the closest to the world of SF (www.solworld.org and www.sfio.org).

In the fourth domain, “chaotic”, it is impossible to discern either causes or coherent patterns, as no rules seem to apply. Natural – or man-made – disasters are examples of chaos. Here, the first step is to intervene in any way that can help shift the system into one of the other three domains – and look out carefully (act – sense – respond) for when that happens so that you can apply one of the other heuristics. Slipping into chaos in the first place may happen from two directions: • Either from the “Complex” domain, when people do not moderate damaging behaviour adequately or when the boundaries become leaky. • Or from the “Clear” domain, across what Chris calls the “cliff”, when people do not execute clear requirements or the rules become rigid beyond recognition.

Whereas life happens “on the edge of chaos” and patterns repeat across scales of size (are “fractal”), management occurs on the edge between complexity (innovate, emerge) and complicatedness (predictability, reliability, safety). Depending on both the inner state of the system or organisation and the turbulence of its surroundings (contexts, markets, technological developments), leaders need to shift the subtle balance with both care and decidedness. Micromanagement would be too far on the “complicated” side, acting arbitrarily too far on the “agile” side suitable for the “complex” domain.

One could alternatively describe the tour around the domains in degrees of freedom versus applying constraints to modulate variety: from no rules at all (Chaotic), to coherence, but no causality (Complex) to several plausible, contingent cause and effect relationships (Complicated) to linear cause and effect (Clear) – and back to Chaotic again, via “the cliff”. Cynefin’s reference to different constraints that apply in the domains, from “none at all” to “enabling” to “governing” to “fixed”, respectively, link the framework also to Eli Goldratt’s “Theory of Constraints”.

Snowden himself introduces a surprising example for the different interventions that might follow from assumptions about the domain in which you operate. In a 2013 presentation, he asks the question: “How would you like to manage a party of nine-year-olds?” • If you allow this to be in the “chaotic” domain, you don’t apply any constraints – and the guests may burn down the house … • Suppose you believe this to be “complicated”. In that case, you decorate the room with motivational posters “with eagles soaring over valleys and water dropping into ponds”, start with pep talks by senior party managers, and end with harvesting the learnings in a professionally facilitated retrospective. • If, however, you believe the party to be something “complex”, you define very clear boundaries (“Cross that line, you little bastards, and you die!”), offer catalytic probes (a football, a videogame, etc.), start small and then modulate (amplify or dampen) emerging patterns. This approach is, as already mentioned, very much like in SF: “Notice what works and what doesn’t, then do more of what works, and if it doesn’t work, do – e.g., redirect your attention to – something else!” Then apply “baby steps” and iterate.

Interestingly, Jenny Clarke, a co-founder of the SF community, proposed to see complexity and simplicity as two sides of the same coin and proposed to use the term “simplexity” to denote this aspect. So Cynefin and SF are “simple, but not easy”, simple to understand in their outline, but both require much experience to apply them skillfully. Their “simplicity on the other side of complexity” (as in Oliver Wendell Holmes famous quote is one meant to be explored in conversations and forwarded in narratives.

So “complex adaptive systems” contain both inherent simplicity and lots of feedback loops that help them navigate in a large variety of context conditions. Margaret Wheatley & Myron Kellner-Rogers recommended in their book “A simpler way” (1996): “If a system is stuck, connect it to more of itself!” That is to say: when in doubt, add feedback loops, have more (SF!) conversations to increase the interconnectedness. Sufficient diversity is crucial for the emergence of patterns within boundaries. This was already formulated in 1956 in W. Ross Ashby’s “law of requisite variety”.

One could experience diversity within the webinar’s audience. For the first time, I met and talked directly to someone in Kazakhstan, and she didn’t even know about SF when applying for the webinar! Bridging communities in conversations in events is an excellent way to increase diversity and connect different parts of the world. It also increasesd diversity in my bookshelf: The lady from Kazakhstan introduced me to a book I hadn’t heard of before and found interesting: “Cracking Complexity” by David Benjamin & David Komlos (2019).

So if you would excuse me, I’ve got to go and do further reading …
[ Further links to Cynefin: 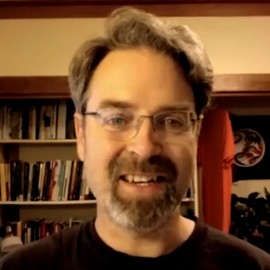 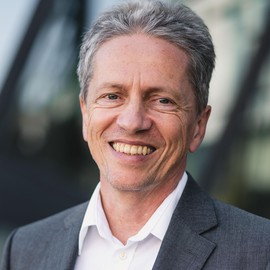 Klaus Schenck, Ph.D., became interested in models of “system dynamics” in 1976, became a “systemic consultant” in 1997, is an active contributor to the SF community since 2003. 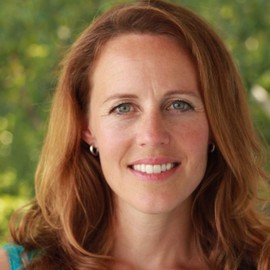 Annie Bordeleau is founder of the I2A Network, collaborating with international organisations and universities for over 20 years. She discovered SF in 2005 and it has fundamentally transformed the way she supports leaders in organisations across all cultures to lead through change with more ease and effectivity.