How to Improve Public Engagement

My first thought on seeing the article titled, ‘How to improve public engagement by noticing what you already do well’, was, “What a good idea! I’ve recently been reading ‘The Blunders of our Governments’ by Anthony King and Ivor Crewe, which is both horrifying and salutary. If only our tax-paid-for institutions would notice what works well, they might spend a lot less time and cash on such blunders (in the UK) as the Poll Tax, the Exchange Rate Mechanism and (unforgettably for UK readers) the Millennium Dome. No doubt you will have examples of political blunders in your country.

How little practical learning they have gleaned from what went wrong. And how little effort most organisations put into learning from what’s gone well.

Dave McKenna’s article homes in on that particularly productive slice of what works, namely what works for you already. Rather than seeking best practice elsewhere, which has its merits, or trying to learn from mistakes, which is almost universally over-rated, you look at your own experiences, which have the advantage of being easy-to-find, well-known to you, with guaranteed relevance. They are often the most valuable counters, ones you can study to build confidence then readily re-apply.

It’s no surprise that McKenna’s workshop, built around a nicely-crafted scaling question, produced a gritty, granular top ten list of ideas for better public engagement. So, what are you already doing well to engage people in SF conversations? [Click here to read the article on “How SF Conversations help leaders” in this journal]

Paul Z Jackson is a pioneer in the use of SF in organisations and coaching. He is an inspirational consultant who applies his expertise in Solution Focus, improvisation and accelerated learning to programmes in strategy, leadership, teamwork, creativity and innovation. He is a Board member of SFiO.

Looking elsewhere for good practice may be useful but it’s not always necessary. By noticing the things that work for you already, you can do more of what works and get inspiration for new things to try. This point was really well demonstrated at a workshop I ran at last year’s Centre for Public Scrutiny Annual Conference on improving public engagement.

“What works for you already?”

People involved in local government scrutiny want to improve their public engagement work but it’s a challenging aspect of their practice. It was no surprise, therefore, that this was chosen as a workshop topic at last year’s Centre for Public Scrutiny’s annual conference. It was also no surprise that the workshop was well attended by people who felt stuck on this issue and were keen to find out how to make progress.

However, by focussing on ‘what works for you already?’, we learnt about some great examples – even from the people who felt that they weren’t doing much – it turned out, in fact, that they were!

We used a zero to ten scaling question to find out how well people felt they were doing. Even though the scores people gave themselves were sometimes quite low, they were able to highlight some really positive practice that had got them to those scores. In fact, once you start really noticing the things that have worked, you might realise that your score really isn’t as low as you thought.

One example from a council was as follows. When asked to give a score about their experience of public engagement they gave it only one out of ten. When then asked if they had ever had a good experience, after some reflection they said yes, once we had a really good meeting about the proposed closure of a health centre. After some careful questions it became clear that this had happened because the issue had been spotted by the team in the local press. Noticing what had worked before led to the idea of scanning the local press for topics that would be of public interest.

Just to give you a flavour, below are ten of the good practices for better public engagement that participants noticed. But remember, the things that are likely to work best for you, in your particular context, might not be the same.

Noticing what you do well

So, the ideas above might have given you some inspiration but why not try this little exercise yourself?

Now write down ten things you have done to get you to that number, ten things that mean you are not at zero.

See, you do some good things already. Now get out there and do some more.

Dave McKenna is a solution focussed practitioner with 20 years local government experience and a PhD in local politics, based in the UK.

He helps councils and other public bodies with improvement, design and research work.

He is an active member of Notwestminster – a volunteer network of people who want to redesign local democracy. 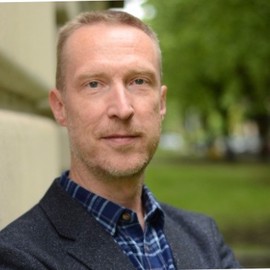 Dave McKenna is a solution focussed practitioner with 20 years local government experience and a PhD in local politics, based in the UK. 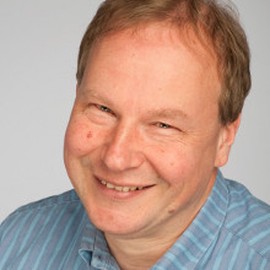