Can It Really Be That Simple

In this article Evan George suggests that management thinking shift from “bottom-line-thinking” to “human-thinking”, (as I would phrase it). He notices that organisations are seen as very complicated entities. Sometimes even like machines with parts that can be “fixed.”

Instead Evan George invites the reader, especially those who are leaders, to see organisations – and in particular teams – as human interactions and to take three steps to improve team performance.

The article is very interesting in the way that it not only inspires leaders of all kinds in organisations (not to mention top management and boards as well) to think differently about teams and individual employees. It also opens up a broad discussion on how we measure success and progress in an organisational context. There are no obvious answers, (just look at the amount of management books, magazines and blogs).

Reading the last sentence made me really curious: “It is only the team leader’s detailed exploration with her team of what the team will look like when working well and the discussion with each individual member to describe their unique contribution, that will focus the leader’s noticing, ‘fine-tune’ the compliments and leverage their effectiveness.”

It raises the questions:

Apart from the obvious point of achieving a “high performance team”, the article outlines a paradigm shift in organisational thinking and behaviour for everyone involved.

If we listen to organisational consultants talk, we would be obliged to conclude that organisations are very complicated entities. ‘Getting it right’ or perhaps ‘sorting one out’ requires considerable expert knowledge, it may be time-consuming and will certainly be an expensive business. But what if it is not? What if there were a simpler intervention that could make a significant difference? What if better performance, greater productivity, greater happiness at work, less sick-leave, reduced staff-turnover were to be within the grasp of all of us? I think that this may indeed be the case and that Solution Focus might be a part of the answer.

Back in 1992 Charles Handy wrote, ‘As organisations everywhere realign themselves around their core activities and competences, they are realising that truly their people are their chief assets’. Philip Whitely (2002), the author and business advisor, has argued that ‘the fixed assets of any company form only a relatively small part of the value in any modern multi-national company’, that contemporary companies are their people and that therefore the primary business objective should be ‘how to get the best out of the workforce’. Jessica Pryce-Jones (2010) writing about Happiness at Work draws on her research to demonstrate the connection between staff force happiness and productivity, engagement and stable staff teams. Now if these ‘experts’ have got things right and it is indeed the ‘people’ who are central, then of course getting the people side of things right is exactly what Solution Focus is good at, the so-called soft skills which although somewhat derided in the past by managers as they chanted their mantra ‘bottom-line, bottom-line, it is only the bottom line that counts’, turn out nonetheless to be truly at the heart of organisational performance, fundamental to the ‘bottom-line’.

Three Steps Every Leader Should Take

So, let’s look at the three steps that every leader should take before calling in the ‘very-expensive-experts-who-know-your-team-and-your-job-less-well-than-you-do’:

Exploring these questions will serve to build up a beautifully nuanced and detailed picture of the team performing well; it will make the very best use of each of the team members’ unique abilities and talents and skills, which can subsequently serve as a ‘10’ on a performance scale against which to check, ‘so how are we doing?’.

Once the team leader has invited the team to develop a picture of the team-at-its-best, only then is it time to meet with each team member individually. The key theme of this meeting will be to elicit from the team member a description of the unique contribution that she will be making in order for the team to achieve its specified outcomes within the context of the description of the team working together really well. What will the team member notice about her performance, what will others notice, what is the team leader likely to notice? And during the course of this meeting two additional thoughts will inform the discussion; the first that teams perform best when all team members spend as much time as possible doing what they do really well (Buckingham and Clifton, 2002) and the second that individuals work best when they are given maximum freedom to do their jobs, all those things that they are required to do, in the way that suits them best, ‘freedom within a framework’ (Binney and Williams, 1997).

Marcus Buckingham and Curt Coffman in their seminal text First, Break All the Rules (1999) write ‘One of the signs of a great leader is the ability to describe, in detail, the unique talents of each of his or her people . . . Finding the strengths of each person and then focusing on these strengths is a conscious act.’ It is indeed the uniqueness of each individual that matters and the team leader must find a way to knit together a group of unique talents into a team that performs the task that is required of it. And of course, we know that giving people the freedom to perform what is required of them in the way that suits them best, giving people maximal control, within the context of what is required of them, is likely to lead to greater engagement.

Linda Tirago in her book Hand to Mouth (2014) writes ‘I’ve rarely had a boss who gave me any indication that he valued me more highly than my uniform – we were that interchangeable – so I don’t go out of my way for my bosses either’. If our bosses treat us as automatons, as robots, as ‘hands’, then why should people bring their brains to work with them? And successful organisations need brains, lots of them.

The third part is simple, but also really difficult. What the team leader now needs to do is to watch out! Of course, carefully paying attention to noticing signs of the team working well together and signs of the individual members of that team making their own unique contributions is indeed a discipline and one the SF team leader needs to practice and cultivate. It is always poor performance and transgressions that are easy to spot (because they require intervention), whereas people quietly getting on with the task, doing their job in their own best way risks fading into invisibility. However, it is precisely this that leaders need to notice and team members need to know that their on-track behaviour is being noticed; one way or another they need feedback.

One of the questions in the Gallup Q12 (Buckingham and Clifton, 2002), 12 questions that they decided on the basis of extensive research were most predictive of high performance, was, ‘In the last seven days have I received recognition or praise for good work?’ For each team member to receive ‘Recognition’ for good work at least once a week does indeed require discipline and focus on the part of the team leader. And of course, this disciplined observation may be of particular importance and relevance in those situations where it is most challenging, where it is hardest to notice anything apart from failures.

Many years ago Bill O’Hanlon, writing with Ray Levy (2001) about working with oppositional and defiant children, suggested that in order to change their behaviour, children require constructive to challenging feedback in a ratio of 8:1. It may be that team members are not so very different and that in order to turn around and re-engage the previously disengaged team member, will require exemplary evidence of good will on the leader’s part, to notice and comment on a minimum of 3:1 ‘on-track’ to ‘off-track’ events.

So before calling in the (expensive) outside consultants, every team leader should be absolutely certain that she has given this ‘simple but not easy’ 1-2-3 of tasks a really good ‘go’ over at least 6 and preferably 12 months. As Kim Cameron in his book Positive Leadership (2012) writes, ‘highly effective organisations were far more complimentary and supportive than low-performing organisations.’

His finding seems in many ways obvious, although too often neglected, but actually the process is a little more complicated than he suggests. It is only the team leader’s detailed exploration with her team of what the team will look like when working well and the discussion with each individual member to describe their unique contribution that will focus the leader’s noticing, ‘fine-tune’ the compliments and leverage their effectiveness. 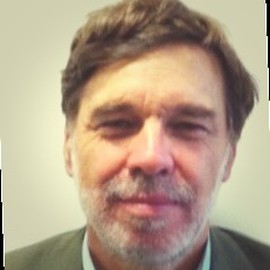 Evan George is a co-owner of BRIEF. He set up BRIEF in 1989 with Chris Iveson and Harvey Ratner and they have worked together ever since. 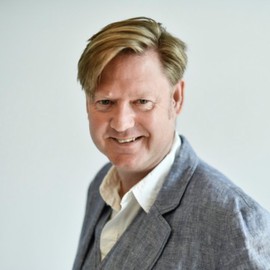 In Jesper H Christiansen and Solutionsurfers, I am working with the solution-focused approach in the field of coaching, team coaching, large groups interventions and conference facilitation.

Previous
Doing With, Not Doing To
Next
Book Review - Solution Focused Practice in Asia