A package manufacturing company ZACROS was looking for an effective way for their organizational development. In May 2008 they tried out 2-day in-house SF seminar with 32 managers and they liked the SF way. So they sent 5 people from Nabari factory to SF Practitioner Course which was open to public and lasted for the duration of 5 months. The course was held in two locations, Tokyo and Kyoto. Mr. Honma, the general manager, took the course in Tokyo. And four others took it in Kyoto. In both classes they mingled with other participants who were either coaches, consultants, trainers or managers from other companies. The five projects that ZACROS men did all made good results and especially foreman Mr. Tanaka’s project of “Making the strongest team in the company” produced such a high degree of engagement of all the workers in his team, and it made a whole organizational effect. The five men formed a group called “ZACROS 5 Dreamers” when the course was over. And they have been continuing their effort to become an ‘SF inside” organization to this day. The great results that were confirmed in the follow-up interview which was conducted almost a year after their Practitioner Course’s start included statistical results as well as workplace culture change.

By being reviewed for this piece of work I realized I was using more solution-focused techniques and interventions than I was conscious of. After using SF for some years it has become somewhat automatic or so natural to me and I wasn’t sure how much SF I utilized. So I really appreciated this opportunity and used it for confirming my own SF resources. One of the meaningful realizations was that teaching SF in a seminar and following up on the students’ practice of what they learned has become such a rewarding experience for me especially after the five men from ZACROS Nabari factory came to my SF Practitioner Course. The 5 change-agents each made a goal for a change in their respective workplace, and after the five months all of them made results and submitted successful “Practitioner’s Report”. It was an amazing experience to witness the development of solutionists “live” in an organization and receive reports of so many successes that are beyond my expectation. My admiration for these men increased by preparing the documentation and by being reviewed. My trust in people in general has increased. So I truly am grateful for being given this opportunity.

Mr. Fuyama, the Director of Life Science Division of ZACROS, testifies that one of the three major reasons for their highest profit in their 95-year history in the fiscal year of 2009 was production team’s effective effort that was promoted by ‘SF inside” activities.

I was very impressed how Aoki-san went with what the client wanted and did not presume that he knew what it is that they want. “Being Solution Focused” when mentioned as a goal by the customer can well seduce into thinking that we know what they mean: we don’t! I was also very impressed with Aoki-san’s persistence and ability to go with the process that worked for the customer.

Aoki-san ’s work with his client organisation was an inspiring demonstration of how powerful the application of single principles in SF can be and collectively the difference they can make. Aoki not only followed his client but his level of appreciation for all of its employees proved a strong catalyst for change. The on-going change process is a prime example of an interactional approach producing outstanding results when infused with a co-operative stance, a focus on amplifying useful change through many emergent tiny steps that are self- perpetuating, and the importance of noticing and complimenting what is working. Lovely examples include the organisation describing itself as having an SF language that it commonly agrees to use in certain situations, managers having naturally developed language that instead of dwelling on errors asks what can we do rather than who is to blame, and Aoki taking the idea of useful misunderstandings to a new level in motivating the staff.

Yasuteru Aoki is the president of Solution Focus Consulting Inc. Japan. He is a pioneer in spreading SF in business field in Japan. He has been organizing annual J-SOL conferences with his colleagues since 2008. He started using the term “SF inside” and “CNPR (Chain of Natural Positive Responses)” and now is working on the project of creating GSFAS (General Solution-Focused Attitude Scale). A passionate golfer and a lover of wife, Ruiko and the golden retreiver dog, Tao. 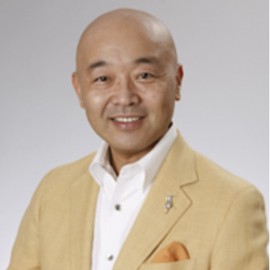 Yasuteru Aoki has been involved with SF since he first acted as a translator for SF therapists, such as Scott D. Miller, Bill O’Hanlon, Andrew Turnell and many others and recognised that the principles involved could be used in organisations. He has gone on to promote SF in Japan through his training courses and through J-SOL conferences, that many SF practitioners globally, had the privilege to attend and learn from.