In this case study article, experienced Agile and Solution Focus practitioners Ralph and Veronika relate how they used a Solution Focus approach to help a department in the automotive industry become Agile.

This article describes a thorough and beneficial piece of work, with useful learning for both SF practitioners and those who are interested in using SF to effect agile change. As well it provides a valuable template for those who may wish to carry out a piece of consulting work with SF.

The authors relate the stages they went through, provide details of the tools they used, explain the outcomes and relate some of the issues faced.

As I edited the article, I was impressed by several factors:

We always work as a consulting team, so that we can continuously reflect together and can adapt the approach quickly. Besides, we are braver in pairs than alone.

This latter point prompted the idea of having a ‘project buddy’, someone we can speak to about a project, even if the client’s budget does not run to two consultants.

Ralph and Veronika have written a clear, stimulating and inspiring article, one which many InterAction readers will find beneficial, for many types of projects.

A young, ambitious department head of a major German group in the automotive sector decided that his department should now become agile because the Board of Directors has declared this goal for the entire group. He wants to take on a pioneering role. The group manager sees advantages in this, because the large amount and variety of projects coupled with a small number of employees, requires new approaches. Scepticism and even fear prevail among the team members. We tell the story of the solution-focused steps and measures with which we successfully supported the readiness for change. The entire assignment involves:

We will report on some of these stages here.

1. The call of the interested party – the clarification of the contract

It was a sunny afternoon in April when the mobile phone rang, and a team leader from a major German corporation asked for our support. The top management had proclaimed “agility” and the Head of Department – a young, ambitious and strategically brilliant man – wanted to be the first to respond to this call with his department. The organisation had hired an Agile coach a few months earlier to hold a Scrum training. However, he was not able to offer further support to the department due to lack of time – and so he recommended us.

We learned a lot of important details using these questions in a phone call. For example, we learned that:

As solution-focused consultants, we know that each person is an expert in their situation and that we would only be able to make successful progress in small steps. So, we decided to start by having individual meetings with all team members who were willing to do so. We booked a flight and visited the client on-site. In the one-on-one sessions – we naturally also asked for a meeting with the Head of Department – we used our questions again to clarify the assignment (see above).

Our findings were that some of the interviewed people had already dealt intensively with the topic of agility and others had significant concerns about the future:

In a conversation with the Head of Department we got to know his ideas, and also the group language, which was foreign to us, e.g. new projects were “dumped” onto the team or employees were called “resources”.

3. The team leader visits us in Vienna

As a next step, we invited the team leader to Vienna to attend our training “Leading and Coaching of Agile Teams”. He accepted this invitation and got to know many new perspectives on the topic of communication and leadership, which are still rarely known or even common in large corporations. Highly motivated and almost euphoric, he returned to his team and tried to apply much of what he had learned directly in practice.

4. Involving all concerned from the very beginning – The Workshop, Day 1

The third step of our trip together was a two-day workshop in a hotel, i.e. outside the company. We first introduced the group to our understanding of agility.

Our understanding of agility

For us, agility means that a company can adapt to rapidly changing conditions in the environment and to use these changes for the benefit of customers and themselves. To do this, it is helpful to generate more value for customers in small steps (iterative) (incremental) and to adapt goals and methods according to the new knowledge (empirical). Agility is always needed when a complex problem is to be solved, and learning takes place while doing it. A high degree of cooperation between all participants characterises Agile approaches.

We also introduced them to the Agile Manifesto (Beck et al. 2001) and then invited the team members to adapt the Manifesto’s values and principles to the practice and needs of the team. After all, they were not developing software. The team then gave their manifesto a suitable name.

In Solution Focus, we always build on what is working already. Therefore, we next collected examples of where the team members lived and fulfilled their Agile values and principles in their work. The team learned that it was quite far along on its Agile scale, and this gave everyone a lot of confidence and motivation for a new shared path.

In the evening of Day 1of the workshop, everyone worked in the Open Space format. The team leader, who had already learned Solution Focus a little in Vienna, offered an Impact Analysis for his colleagues. For this purpose, every participant considered what impact agility would have on:

During this work, they collected critical points. This exercise enabled a dialogue on these issues, and it stimulated a discussion on how to deal with them. For example, one person said that he fears that there will be no time to work concentrated on his own. Others said they love the diversity in their job and fear that focus on single projects might destroy that. So, the revised goal became, “We work in an agile way with room to focus alone and with the possibility to remain diverse and to focus on projects.”

The only thing that really motivates people is when they find meaning in what they have to do. Only when goals are meaningful for the team members, i.e. when they fully support them, is it realistic for them to achieve the goals.

This tool is wonderfully suited to focus on the desired future (Kotrba/Miarka, 2019, p.204f). From different perspectives, participants illuminate the target scenario. This exercise gives clarity and makes it more tangible for all parties involved, which increases the probability of achieving the goal.

Of course, the expected effects are not always positive. Feared adverse effects become visible here, and therefore people can take these into account and carefully consider them in the goal definition. You can use Impact Analysis with individuals, teams and large groups in this way:

At the end, everyone can look at the finished pieces again, ask questions and discuss.

We also agreed on a few first experiments, which the team should try out in the next few weeks. At the end of the first workshop day, the atmosphere was noticeably relaxed during the joint dinner. All those present understood that they were allowed to, and should, design their Agile path instead of following a scheme that others give them.

On the second day, we revised the team’s planning together. Important questions here were:

After the workshop, the team returned to their workplace with a wealth of ideas for further cooperation, summarised in an action plan.

In the next half year, we were on-site every three weeks for two days each.

At the subsequent planning meetings, the team leader announced the priority of projects for the next three weeks, and the team members chose where they wanted to make their contribution in the next stage.

They committed themselves to work on one project for three weeks (they defined this period as a ‘stage’), after which they could change projects. In this way, they took in to account the desire for diversity, while still enabling a kind of focus.

The respective new sub-teams then jointly agreed on the course for the next three weeks, so that they had the best chance of achieving the stage goal. Unfortunately, this approach only worked to a limited extent at the beginning, as people pursued projects that had already started but had not been prioritised.

Ralph facilitated these large meetings at the beginning. Gradually, one team member took over the facilitation role, until Ralph ended up as an observer.

At the same time, Veronika worked with the leaders. They held role and task discussions, observed and discussed changes concerning the goal of becoming more “agile” and they clarified issues that were strategic and specific to leadership. From the group leader’s perspective, it was also important to define the way of working and the roles. This work led to discussions that have enabled the participants to take responsibility for their tasks and roles.

7. And if people did not leave, they are still cooperating today

In total, our assignment comprised 16 working days in six months. The team made significant progress and continuously worked to improve and enjoy working together. Only with the focus on solutions was it possible for us to bring this change forward in such a short contact time.

Incidentally, the organisation soon promoted the Head of Department, the team expanded, some people changed jobs. Much of what the team worked on has changed. They have preserved much too; especially the heart for agility. 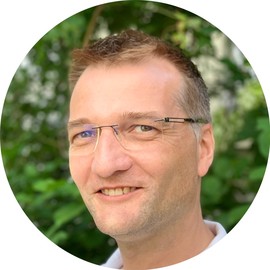 Ralph works as an independent coach, consultant and trainer. He has been leading companies and their teams to a successful agile way of working for years. 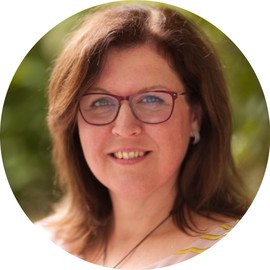 Veronika has been working independently and enthusiastically since 2006 as a coach, trainer for solution-focused coaching and leadership, facilitator of team-building processes and as a consultant and facilitator of change processes in various industries. 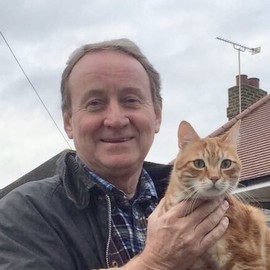 John has over thirty years experience of leading people to collaborate effectively. He gained his leadership experience as a Senior Vice President in Visa International, working on international projects. Since 2004 he has used his leadership and Solution Focus expertise to enable people in multinational and national organisations to collaborate effectively. He is Co-President of Solution Focus in Organisations, an SFiO Reviewed Practitioner and has an MBA from The Open University in the UK.