The “Users Guide to the Future” as a Coaching Tool

In their book “Host – Six New Roles of Engagement” (2014, pp.45 – 59) Mark McKergow and Helen Bailey present the following model which illuminates the responsiveness of hosting and helps Host Leaders (and indeed SF workers) think about where to put their focus; how to connect long-term hopes and objectives with short-term action. It outlines a way of working with uncertainty that is both efficient – getting lots of action for less effort – and responsive to the unfolding future.

It contains some well-known sf elements combined with ground-breaking new ones:

On a timeline starting from the right we find the hopes, dreams and intentions of a particular project – on the horizon. They might be big or small, global or very local. Whatever, something that sets a direction of travel is vital.

Looking nearly to the horizon, we can think back a little. Supposing we were to achieve a better future – what precursors or building blocks will have to be in place to support that? This is about adding a bit more flesh to the bones of our hopes and can help in large-scale projects, involving many people, or those with long term scales.

Back to the left of the timeline, small next steps connect the present with the future. They may well be to look not at a plan to get all the way beyond the horizon, but at some next steps right now. Even the biggest project has started with some small steps.

Another helpful adjunct is to think a little way into the future. What might be the first tiny signs of progress? Things, that will let us know we’re on the right track. Signs are an interesting way to think about this – they are things we’d notice, not things we would do.

Somewhere in the middle distance, in between the signs of progress and the precursors to our hopes – is an area beloved of accountants and micro-managers, looking closely at things that might happen in one to three years, perhaps. Mark calls this a “Business Planner orientation”. Instead of worrying too much about this middle part, we should think about it as the ‘Ant Country’; being aware of the limits of predictability in life and taking the mathematical models of ant colonies as examples of successful work in complex systems. Interacting agents (in this case ants) respond and react to developing circumstances and each other to produce rich, useful, yet unpredictable behaviour. (Mark was himself a business planner in the British nuclear energy industry some 30 years ago, so should know what he is talking about!) Ant Country is not really plannable, but it will emerge in due course (and when it gets nearer, of course, it becomes signs of progress and a new ‘Ant Country’ zone appears).

The ‘User’s Guide To The Future’ shows that not every element of the future is foreseeable or useable in the same way. It proposes that you embrace dynamic steering and avoid getting trapped in worrying about ‘Ant Country’ – take action, make adjustments, keep learning.

In his work with organisations Peter Röhrig found that coaching managers can use the ‘User’s Guide’ as a tool for facing challenges with complex projects. With some small adjustments the model becomes a powerful tool to help people who feel stuck or overwhelmed by the complexity of the challenges ahead.

In a sense of “Platform Building” it is useful to find a name for the project. A good name inspires customers and the project team equally, stays in the memories and stands representative for the project. The horizon is a way of defining the lifespan of a project that is quite different from the idea of a deadline. It is fuzzier and more undetermined, giving an impression when the project will probably be done. This may not be a full a Future Perfect or miracle picture – you can work with just some headlines at this stage. Even if we do not pay too much attention to the “ant country”, it can be useful to remember all the resources available to surmount difficulties on the way. This helps to build up confidence that possible occurrences can be mastered.

In a coaching session, you can address the elements with the following questions

The answers to the questions can be written down successively on a prepared flipchart. The coachee immediately obtains an idea of a useful structure that helps to reduce complexity. The answers are visible and can be communicated with the team or other stakeholders. This is about getting into action quickly and positively.

Teams can easily use the template for project reviews, checking the tiny signs and small next steps in an agile way every few days while they might check the hopes dreams, intentions and resources every few months.

Peter uses the tool mostly standing with the coachee in front of the flipchart, gradually filling the template with useful ideas. Such a “standing session” usually lasts only 30 to 40 minutes, even with very large and complex projects. Coachees report that this brings about change that starts immediately and is sustainable through time. Mark has found that it can also be used to reduce stress with coachees who feel overloaded and have a lot of things on their plate; to turn that into some small doable and relevant steps can be a great relief.

Due to time constraints in our workshop, we kept the explanation of the model and the coaching tool short and had an abbreviated demo coaching in order to have time for reflection and questions at the end of the session.

When we asked the participants, “who would like to be coached?”, Victoria Spashchenko, a colleague from Ukraine, stood up. She offered a very large and complex project; she is working on: Make Ukraine Solution Focused! Horizon: 2059.

Asked for her hopes and dreams, she described an attractive future with the business sector in her country taking faster decisions with a better quality, the educational sector with more motivated and confident students and a public administration which is working much more effectively. The most important precursors that came to her mind were her own “energy” to stay tuned to the project, the supportive network of “Believers” and “Doers” which is vital for success and the priority of the idea in society. She named a wealth of resources that might help to surmount obstacles on the long way, e.g. many engaged agents of change, her publications and her great personal qualities.

As time was running short, we just covered the first precursor as an example for the work on the other ones: Her “energy”. Signs of progress for her would be staying on the same high energy level, infecting people with the idea. A first small step in that direction was being here to be coached on the project.

After reflection participants came up with a lot of comments and questions to what they had experienced in the session. Many found it extremely practical and wanted more clarity about using elements of the model, especially the precursors and the ant country.

After the workshop, we asked Victoria, what was useful for her:

Slides of the presentation

Dr Mark McKergow is co-director of sfwork – The Centre for Solutions Focus at Work, based in Edinburgh, Scotland. He is an international consultant, speaker and author. Many people around the world have been inspired by his work in Solutions Focus – presented wth his inimitable blend of scientific rigour and performance pizzazz. 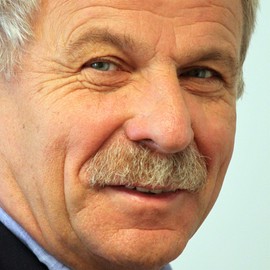 Peter is a senior partner of ConsultContor in Cologne / Germany. He is an organisational consultant, solution-focused business coach and leadership trainer and works a lot in conflict management in organisations. He was one of the first practitioners in Germany who applied and taught the Solution Focus approach in organisations. His book, “Solution Tools” is a rich collection of Solution Focused activities for workshops and team events by consultants from all over the world.