In this great case study, Annette has done a wonderful series of workshops creating a cultural change in a professional services firm in Australia. Her study focuses on the first workshop with the team. The management team of twelve high achievers was behaving in a “dysfunctional and competitive way” as described by the General Manager of the business unit. Her team was rated lowest across the entire business on the Employee Engagement Survey score at 27% against the average score of 40% across the rest of the business. Three months prior to Annette being contracted the team facilitated their own problem focused workshop without any measurable success. Annette’s approach to the challenge is a great example of excellent Solution Focused work. First of all, she proposed to engage the discouraged General Manager in individual coaching sessions, where she was transparent about the fact that she uses Solution Focused tools and philosophy. She argued that the General Manager had a role to play in the culture change and was the actual expert on what needed to be done. The intent was to co-operate with the General Manager in co-constructing the solution as well as enabling the General Manager to model the approach in continuing the work long after Annette was no longer part of the process. Secondly, Annette engaged the General Manager in setting the stage for the team sessions and sharing her hopes for the future.

What impressed me most was Annette’s approach towards the team and the way she engaged them. She decided beforehand to not make any assumptions of where the team is at, based on the brief she received. She started the first workshop with the question, “What was better since their own facilitated workshop?” and created a whole page of progress already made. This created a positive relationship with the team, strengthened by Annette’s enthusiasm for each comment. In this way, she also started to find counters of positive change that can be built on later in the workshops.

Next on the program was checking with the team if they were on the same page as the General Manager in terms of the platform for the workshop. She engaged them in an exercise to create a heading statement for the workshops which culminated in the slogan “Our team – United hearts and minds.” In this way, she moved a “dysfunctional and competitive” team into customers for change. Very cleverly she then engaged them in an exercise where they shared with each other personal and professional achievements over the last few years. They had to listen for the strengths, qualities and skills of others and had to react on this with a sentence that starts with “so what I am impressed with ….” Using affirmation in various ways this early in the workshop created a “yes set” for team members to become less competitive and more cohesive as a team for the work to follow. To further break down the barriers between team members she then moved on to the preferred future and included an exercise she called “A day in the life of this team.” She divided them into two groups, each to draw a picture of their work together. How successful she was in creating a cohesive team with a common goal in a very short time was illustrated in the commonalities of the two pictures. Both had the theme of a football field with goals, rainbows and pots of gold. (See PDF for pictures).

Annette’s creative use of the facilitator’s “toolbox” is also a great example of how the “tools” one uses depends on the context of the moment. It illustrates how finding counters and making use of affirmation can be used to build a solid platform from which the rest of the work can be done.

As this was Annette’s first attempt at a Solution Focused approach, the excellent work she did makes this a treasured article in my view.

Stanus is the owner of Agosolf Coaching since 2009 and is based in Johannesburg, South Africa. He was trained by Mark McKergow and Jenny Clark at sfwork in the UK in 2009. Stanus is a full member of SFiO, a member of EBTA and internationally accredited with the Trauma Incident Reduction Association. He is actively involved with the SF community serving for many years on the board of SFCT, attends many SF conferences and workshops throughout Europe and South Africa, has presented at various conferences, serves on the SOLWorld steering committee and is actively involved as a reviewer for peer reviewed articles in InterAction. He has published articles in InterAction, the EBTA book Upside Down and in the book “Creative Solution Building: Solution Focused Brief Therapy Across Southern Africa.” Organisationally he works in Small and Medium Enterprises and also does Solution Focused counselling. Stanus’s original background is in theology with a BA and BD degree.

Annette Gray is a Director, and senior leader with Growth Coaching International. Her leadership responsibilities encompass facilitating some of GCI’s key programs: Coaching Accreditation Program, Introduction to Leadership Coaching and Solution Focused Masterclass; as well as helping to drive the strategic initiatives of the business and overseeing the ongoing development of GCI coaches and facilitators.

Her passion is in Solution Focused approaches, helping her clients find the direct route to change and achieve results fast. Contact: E.Mail Website 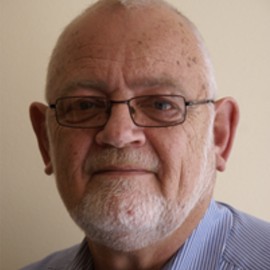 Stanus Cloete has 30 years of life coaching experience and started doing business coaching in November 2008 when he established Agosolf Coaching. He studied with SF Work in the UK during 2009 and obtained his SFPro Certificate with Mark McKergow and Jenny Clark of SF Work. He is a member of SOLWorld as well as COMENSA (Coaches and Mentors of South Africa). 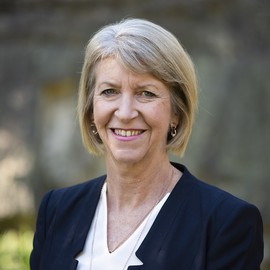 Annette is a Solution Focus coach, facilitator and speaker (based in Sydney Australia) on SF Coaching and Mentoring. She has trained over 7,000 managers and leaders to be more “coach like” and use a Solution Focused approach to how they have conversations that helps them achieve change fast. Annette has her own consulting business (Annette Gray Consulting) and has worked across many industries including: Construction, Education, Government, Banking and Finance. She is also a Mentor for Can Too ocean swim programs