Working with Workplace Enviroment Evaluation with a Solution Focus approach

As HR and Communications Manager in AAK (The Unemployment Insurance Fund for Academics in Denmark) I wished to work with Workplace Environment Evaluation (in Danish, APV), with a overall starting point in the Solution Focus Approach.

In Denmark, all firms must prepare a workplace evaluation, at least every 3 years. Even though the law allows for freedom of method in this process, it is my impression that most businesses choose to base this work on a questionnaire. I set about to develop an APV model with was based on Solution Focus principles. I decided that the process should be carried out through departmental dialogue meetings of 3 – 4 hours duration. I also drew up a series of rules which we followed during the dialogue meetings in order to follow the principles of the Solution Focus Approach. I have during the process carried out 9 dialogue meetings, and have in every incidence gotten very positive response both from employees and from managers. Staff have experienced that problems are being taken seriously, and that managers take direct action on problems – in fact most of the solutions are already developed cooperatively in the meetings and can be set in motion right away.

In conclusion I can share, that the finishing ‘crown’ on this work has been a control visit from the Danish Working Environment Authority in December, 2008 and May 2009, where they focused exactly on our APV work, and where there was only praise for our Solution Focus APV model. There is now a ‘green smiley’ (a positive rating) next to our name on the Authority’s homepage.

The APV meetings went extremely well with a positive focus on finding solutions rather than pointing out problems and finding scapegoats. There was eagerness and desire on the part of the personnel to be a part of the APV meeting process and to take part in finding solutions to big and small problems…So all in all, I am extremely satisfied with the APV process and the results. SFA was quite suitable for this process. Britt Jensen. Manager at the insurance department and deputy at AAK (The Unemployment Insurance Fund for Academics in Denmark).

It’s a great honor to receive the full membership of SFCT on the basis of this review process. Lead reviewer Mark McKergow and reviewer Jesper Christiansen have opened my eyes on the various ways the SF approach can bee used in the daily work in a HR department. This piece of work was my first small step in creating a HR department, who is not focusing on producing analyses and numbers, but instead sees its goal as producing constructive dialogue between employees and managers all over the organization. SF is built on a philosophy of knowledge and a method which in fact can be applied to action-related methods in all aspects of the HR field. The next small step will be to follow up and affirm all the constructive actions the participants have done to improve our work place environment since the meetings.

Hans Christian showed a great deal of skill both in the way he introduced SF ideas into his organisation (in a very open, transparent and one-step-at-a-time way) and in the way he developed and ran the series of APV workshops. His involvement of the trade union and security reps and other stakeholders showed a real desire to bring people along with him and to ensure that the benefit of the workshops would be seen to be positive. The workshops themselves were kept quite simple and really used SF tools well to focus on the different staff groups and their working environments. Hans Christian used his facilitation skill to be gently persistent in working with the issues in each group, and he was able to adjust the workshops from learning as time went along. The feedback from the organisation has been impressive. We understand and hope that Hans Christian will continue to build on this success.

It seems that Hans Christian has managed to build up a solid SF platform from the beginning without compromising. Compared to the ways the APV in Denmark is traditionally conducted, by focusing on problems and using a traditional problem-thinking approach, Hans Christian has emphasised some of the core SF principals in his approach looking at what works (resources) and future perspectives (preferred futures).

The feedback from staff members and managers shows how satisfying the process was by using the SF approach in this consequent way. Not only has the goal been reached in doing the APV in a SF way but it has also had a positive impact on the working culture in general by managers wanting another round of APV although it is only required every third year.

Hans Christian Nielsen is HR and Communications Manager in AAK (The Unemployment Insurance Fund for Academics in Denmark). The candidate has a master degree in Political Science from the University of Copenhagen. The candidate has been working with HR development both in the private and the public sector as manager and consultant. 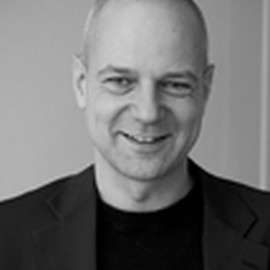 Hans Christian Nielsen is HR and Communications Manager in AAK (The Unemployment Insurance Fund for Academics in Denmark).